skip to main | skip to sidebar

End of the Metro Fun Ride

Neverland. Middle Earth. Southwest DC. These are all, of course, fake places. As such, you can never visit them.

The end of the metro is not a fake place. Is it magical? Yes. Is it mythical? No. It’s real. And you can see it. I’m inviting you to do just that on October 23.

In honor of End of the Metro’s first six episodes, I’m planning a social outing to the end of the Blue Line: Largo Town Center. I hope you’ll take a few hours on Saturday, October 23, to join.

Where: On the platform at L’Enfant Plaza. Blue Line to Largo. Meet in the front car.

What Will We Do At Largo: We’ll eat lunch, relax, and enjoy a short speech from my good friend, motivational speaker Rich Spain. (You may know his alter ego, Greg Tindale.) Plus, the ride to Largo itself is part of the social outing. For example, on board the train, we’ll share uncomfortable glances through the reflection in the windows.

Why Do This: The same reason people go bowling: To force a social situation. Think of this like bowling, but without your friend Eric doing that stupid dance he does. And, like bowling, people won’t cast aspersions if you eat chicken fingers.

T-Shirts – I have a limited number of End of the Metro t-shirts to distribute. The first 10 people to RSVP (and show up) will get one. As for the other shirts, I’ll shoot them out of a t-shirt cannon that I will steal from Nationals Park. Failing that, t-shirts may be offered to winners of Train Car Trivia.

It’s for charity…if you want: Let’s do some good here. The only cost to you is your train ticket ($5.50 round trip from L’Enfant) and your lunch. BUT I hope you’ll consider opening your Paypal wallet for a great cause. If you do, I’ll match it: If you come on this trip and donate $5 dollars to Susan G. Komen for the Cure, I will match it. To donate, follow this link. http://bit.ly/MetroKomen. You’ll notice this leads to an individual’s donation page. Don’t worry. I know this person. She and I shared a last name until she got married this month. Rest assured, even if you don’t know my sister, the money will go to a great cause. I don’t want to say specifically what Susan G. Komen supports because I’ve managed to make it this far in life without writing a sentence that had the words “my sister” and “breasts” in the same sentence. Not a streak I’m looking to break.

Now What? – RSVP: http://bit.ly/MetroRSVP. If you do, you may win a shirt, and you can register for text message reminders. Message and data rates apply. (I stole that wording from another website.) Then sit and wait until October 23. Don’t sleep in!

FAQ (updated as questions roll in)

Is there anything significant about this day, 10.23?
Yes, it’s Mole Day. Math nerds know what I’m talking about.

How long is the ride?
It may be the longest Metro ride you’ve ever taken. That’s the point. It’s the end of the metro. If it was any closer, they would build one farther out. But if you need a distraction, bring a book of crossword puzzles. From L’Enfant to Largo is about 24 minutes. If you get sick on long Metro rides, this might not be the trip for you.

Do I have to ride the Metro there?
Well, no. I’d rather have you show up at Largo, then not at all. But riding the Metro there is part of the fun. If driving is your thing, here’s the Google Maps address: 900 Capital Center Boulevard Largo, MD 20774.

Rain or Shine?
Either one.

After this is over, what then?
Consider heading to Adams Morgan for some great improv comedy. Show starts at 10PM. http://www.facebook.com/event.php?eid=129485783770795

I can't make it - Can I still get a shirt? (Added October 8, 2010)
I ordered a limited supply of shirts, so as not to be presumptuous with my garments. However, in the unlikely situation that there is enough additional demand (say, 20 people) who would like a shirt, I will gladly sell them for $10.

How come when I walk up to a squirrel, he runs away? I don't mean him any harm. (Added October 8, 2010)
Put yourself in the squirrel's position. So tiny. So fragile. When he or she looks up at you, it must be thinking "This man is not dressed appropriately. How embarrassing for me to be seen with him. Run away!" Moral of the story: Tuck in your shirt.

Will there be discounts for Seniors? Just wanted to know because I think that's total bullshit if there are. (Added October 12, 2010)
All seniors ride free. Juniors pay half price. Sophomores pay full price. And freshman carry the seniors' Centrum Silver. 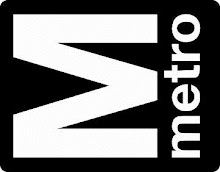 Thank You For Riding Metro